The fashion industry has produced many talented designers. So, if you just got into the industry and you are not making sales yet, don’t worry this post is for you.

She is a haute couture fashion designer from Ondo State, Nigeria. A fashion visionary with a unique approach to her craft that has endeared her to followers and critics all over the world for the past 25 years. She has left a global footprint across the various continents, using African hand-woven materials in which she brings to life a range of distinct cultures. Her designs present a unique vision and attitude for the well-rounded modern woman. Her globally appealing style has earned her an enviable clientele that ranges from Africa’s first ladies, to society ladies like Lydia Hearst, Oprah Winfrey et al. She is a mother of three beautiful daughters and married to Kofi Sagoe.

Her fashion brand, “Tiffany Amber” was launched in 1998 and has so far become an iconic label in the Nigerian fashion industry. The Brand has four stand alone stores and boutiques in Lagos and Abuja. She has staged several fashion shows in Africa, Europe and the United States. In 2008, she made history as the first African-based fashion designer to stage a show twice at the New York Fashion Week. She was the first recipient of the “Designer of the Year” award at the African fashion week held at Johannesburg in 2009 and was also awarded “Fashion Brand of the Year” at the ARISE Magazine Fashion week in 2011. In 2013, she received an Enterprise Award at the 2013 Women, Inspiration and Enterprise (WIE) Symposium and made the Forbes Power women list.

He began sketching fashion designs at age six and continued throughout his childhood, but he still chose to pursue a career in law, following in his father’s footsteps. He is London based and best known for his innovative combinations of patterns and textiles that draw inspiration from his international background. Some of Duro’s notable clients include Michelle Obama, Solange Knowels and Iris Apfel.

In 2004, Duro launched a women’s wear label under his own name “Olowu”, beginning with the Spring/Summer 2005 collection.

His empire waist patchwork “Duro” dress was named “dress of the year” by both American and British Vogue in 2005. That same year he won “New Designer of the Year” at the British Fashion awards, the first designer to win without ever showing a runway presentation. A high-waist patchwork skirt from that collection, later dubbed the “Duro,” developed a cult following after being discovered and publicized by American Vogue editor Sally Singer and Julie Gilhart of Barneys New York, leading to it being hailed the dress of the year by both British and American Vogue. In 2005, he was named London Fashion Week’s New Designer of the Year, the only designer to do so without having a catwalk show.

In 2009, he was named the Best International Designer by the African Fashion Awards and received one of six nominations for the Swiss Textile Federation’s coveted prize of €100,000.

In October 2012, Olowu announced a partnership with J.C. Penney, under the label “Duro Olowu for jcp,” i.e. consumers could purchase clothing, accessories, and paper and home goods with his signature bold prints.

Duro Olowu has enjoyed support from American First Lady Michelle Obama, who frequently wears his designs.  Michelle Obama also engaged Duro in decorating the White House for Christmas 2015, where he decorated the Vermeil Room with ornate trappings and teddy bears made of vintage African fabrics. Duro said, “My idea was to create a beautiful feast for the eyes reminiscent of a warm and joyful season filled with international treasures and signature fabrics.”

This article is just so you won’t give up on your little beginnings as Rome wasn’t built in a day. If this ones can hit it hard then there is nothing stopping you. Read up our next episode on fashion designers that started their business with little amount of money.

Reasons Why Your Business Should Be Registered 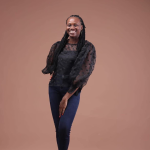 Tips on Making Your Business More Productive and Successful

Where Does All The Time Go?

How to Treat Employees With Respect to Increase Productivity

Beyond the Bank Loan: 6 Alternative Financing Methods for Startups